Homes for Sale in Lancaster PA

Just west of Philadelphia by 80 miles, and you will find yourself in the City of Lancaster. Once “the largest inland city” and the United States capital for a day, Lancaster dates back to the time of the colonials.’ You might feel like you’re living in a small town, but Lancaster has plenty of things to do that will remind you you’re indeed in a respectable city. See for yourself that the homes in Lancaster are full of charm and a style of their own.

Explore the character and charm of the Lancaster area and find out why so many people have made it their home. If you would like any information on any of the homes for sale in Lancaster, simply click “Request More Information.” or contact us! We will be happy to answer any questions and assist in your home search.

$314,900
42
1303 Willow Street PIKE
Lancaster, PA 17602
Lyndon
3
Beds
1
Baths
1,105
Sq.Ft.
Iron Valley Real Estate Of Lancaster
The information being provided by Bright MLS is for the consumer's personal, non-commercial use and may not be used for any purpose other than to identify prospective properties consumer may be interested in purchasing. Any information relating to real estate for sale referenced on this web site comes from the Internet Data Exchange (IDX) program of the Bright MLS. Homeway Real Estate is not a Multiple Listing Service (MLS), nor does it offer MLS access. This website is a service of Homeway Real Estate, a broker participant of Bright MLS. This web site may reference real estate listing(s) held by a brokerage firm other than the broker and/or agent who owns this web site.

The accuracy of all information, regardless of source, including but not limited to open house information, square footages and lot sizes, is deemed reliable but not guaranteed and should be personally verified through personal inspection by and/or with the appropriate professionals. The data contained herein is copyrighted by Bright MLS and is protected by all applicable copyright laws. Any unauthorized dissemination of this information is in violation of copyright laws and is strictly prohibited.

For history buffs, Lancaster has an interesting past. The same streets that are now bustling with residents, were the same streets once walked by Thomas Payne, George Washington, and Benjamin Franklin. In the 1760s, Lancaster city was named for the England town of Lancashire and became a central metropolitan area. For one day in the eighteenth century, when the continental congress fled Philadelphia which was then captured by the British, Lancaster city was called the U.S. capital.

Lancaster - One of the Best Cities to Live in the U.S.

Lancaster holds the distinction of one of America’s best places to live. It also holds other noteworthy and prestigious rankings such as one of the best places to retire, one of the safest places to live, and one of the best cities of Pennsylvania. It’s no wonder that many families, young couples, students, and professionals move to this city. As a result, houses for sale in Lancaster PA get sold in no time. In that sense, Lancaster real estate is always booming in comparison to other cities in the country. Want to know what makes it one of the most livable cities in the United States of America? Read on!

Things to Do in Lancaster

Whether you are looking to move here or plan to take a weekend visit, Lancaster is a vivacious city that rewards both residents and tourists with amazing sights, activities, and interesting attractions. Plus it doesn’t hurt that metros like New York City and Philadelphia are within accessible range. Choose from our homes for sale in Lancaster, move in here, and be ready to fill your calendar start-to-finish with a ton of diverse things to do within the city.

To begin with, art and history lovers are bound to immerse themselves in the city’s rich arts and cultural heritage. It’s home to many historical attractions, one of which is the Wheatland Manor mansion, which was once the estate of James Buchanan, a former U.S. President from Pennsylvania.  If you’re a history buff, you must definitely tour Wheatland, a federal style mansion and other heritage sites.

Another pertinent example of a world-renowned attraction is the Lancaster Symphony Orchestra. But wait … there’s more for arts and music lovers! The city hosts a plethora of live theater shows, musical performances, and concerts at the Ware Center (owned by Millersville University) and the Trust Performing Arts Center.

For more excitement, go to the Lancaster ArtWalk or attend one of the other countless events, festivals, and celebrations. On a Tuesday or Friday, you can enjoy the Central Market in Penn Square where locals gather for the Farmers’ Market, food, and live music. In addition, there’s an abundance of local bars, restaurants, and coffee shops to choose from.

Plus the city is pedestrian-friendly and devoid of the traffic congestion that big metropolitan areas have to typically contend with. Stroll through this beautiful city on foot or walk through one of the several Lancaster City parks. There are many points of interest to explore ranging from museums and art galleries to the Fulton Opera House and unique eateries. Speaking of the Fulton Opera House, it’s a national historic landmark and one of the few oldest working theaters in the country.

Families and children are always welcome in Lancaster City. The School District of Lancaster serves over 11,000 students in K-12. To locals, the School District of Lancaster is known for its wide range of academic, arts, and athletic programs. If you are looking for education outside of the classroom, there are many more opportunities. Take your family to one of the many historic sites and museums. Lancaster is also home to one of Millersville University’s Cultural Arts Center.

Are you ready to make this beautiful, lively city your home? Check out our homes for sale in Lancaster above. Also feel free to register for a free account to keep up with the latest Lancaster, PA real estate listings. 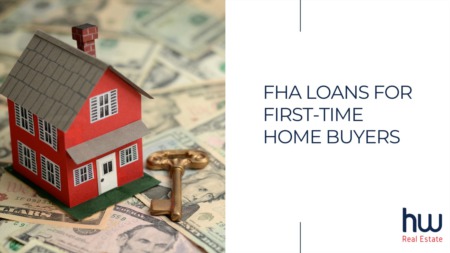